Season 7 is here! WE ARE ONE! Here are some of the details so you can begin to prepare for the season.

Location: All practices will be held at Forza1 27711 Diaz road until October 15th.

Team Meeting with Coach - Coach/player/parent
During first week of practice. Coach will communicate.

When does practice gear arrive*?
On or before the first practice delivered to your home!

What end of the season tournament do I plan for?
Elite Team Nationals: Soiree, June 24-27th in Anaheim 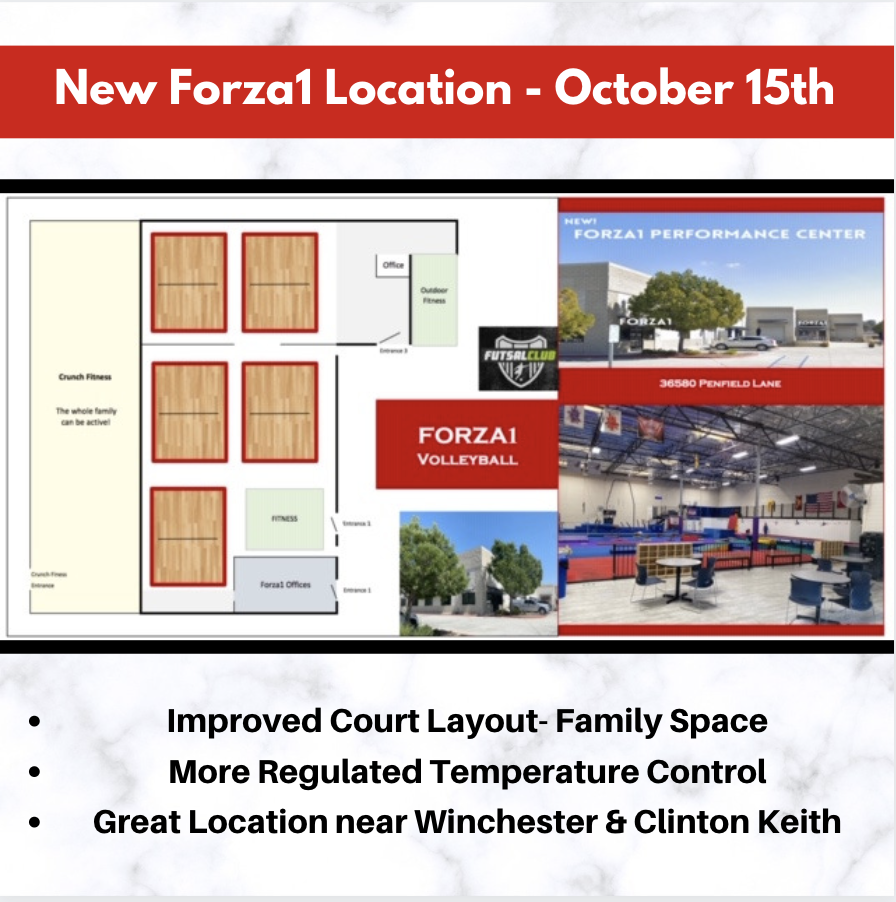