Kristina was born in Shkoder, Albania and moved to the United States in 1998. She grew up in a strong family environment and was the youngest of 5 children. She was married to Ardian in Italy in 1992. They met while at University in Albania, where they studied and played sports together. Ardian played soccer and was also a decathlete for the University. Together they have 3 children, Angelo, Cindy and Brandon. In 1998, when they moved to the United States, Kristina and Ardian wanted to create new opportunities for their children and started in Chicago, Illinois.

In 2005, they decided to move to California for business and began to raise their family here and continue the tradition of sports with their kids. Kristina and Ardian wanted to pass on all their passion and love for sports to their children and it was a part of their daily lives. 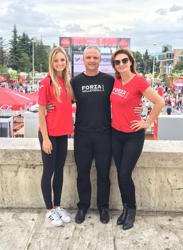 Kristina with Ardian and Cindy in Albania, 2016

In July of 2014 Kristina and Ardian opened Forza1 Volleyball Club in Temecula, California with Dana Burkholder. Together they wanted to share their passion for sports with the community and saw that together they would make a winning team. Dana is a true coaching talent who helped train and develop Cindy, as well as many local players, from a young age. Dana’s positive influence on the players and her vision for youth volleyball, in combination with her commitment to excellence, was truly unique and priceless to the Marinas. “We feel that our passion and experience of youth and professional sports in Europe, put together with Dana’s unique talent, would be the recipe for success in creating a really amazing and competitive youth volleyball club here in the U.S.”

Kristina and Ardian really believe that sports helps you build a strong foundation for life and they wanted to share that with others. “Sports gives you so much and it makes you who you are today” says Kristina and this philosophy is at the heart of Forza1 and is the foundation of our organization. 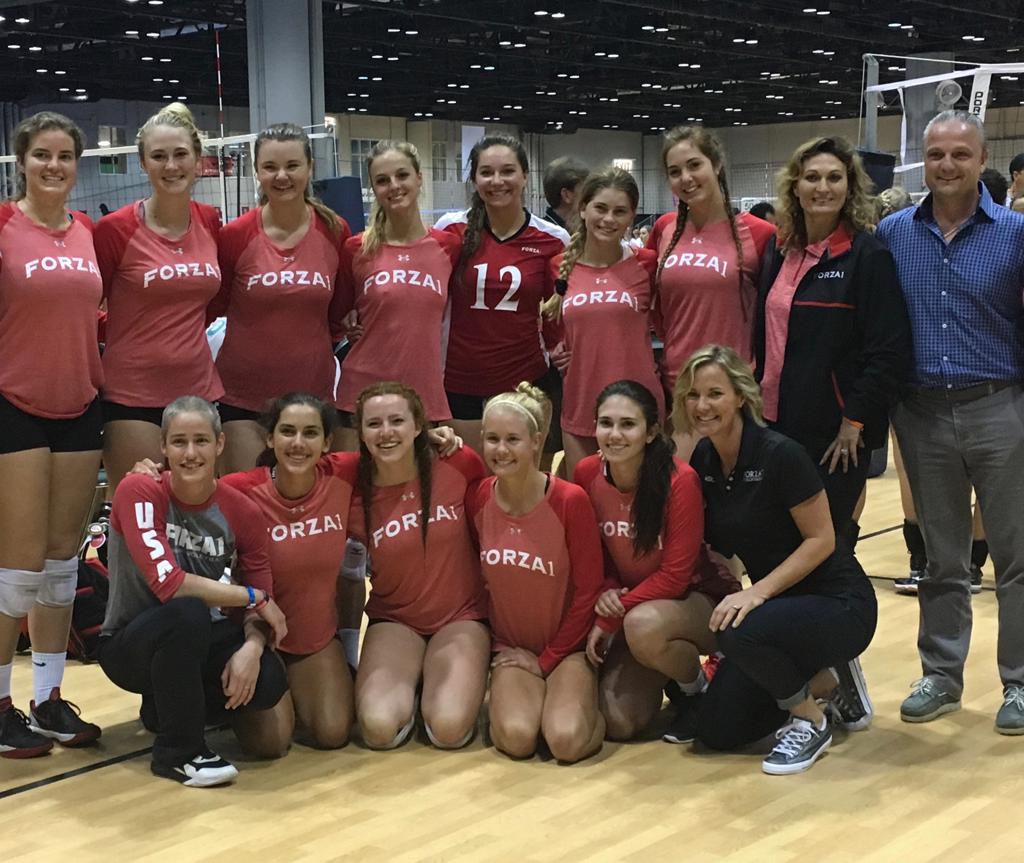 Kristina began coaching in 2015-2016 with the 16-1s at Forza1 and the team finished 3rd at USA Nationals in the National Division. In 2017/2018 Kristina coached with the 16UA team who successfully finished 9th place in SCVA and earned a regional bid to Girls Nationals in Detroit. In 2016-2017 she coached with the 14-1 Boys and also the 16-1 girls. As a coach, Kristina approaches the players with very high level experience and also an understanding of the game and how to win.

Kristina leads the way in her attention to detail and in coaching the tactic of the game. Her insight into the elements and skills that can truly impact the outcome of the game are what make her a winning coach and a coach that players love to play for. As a players coach, she finds the way to influence their training intensity  and determination to help them develop into really great players.

In the summers of 2017 and 2018, Kristina was the  Assistant Coach with the Albanian National Team that competed throughout the summer. 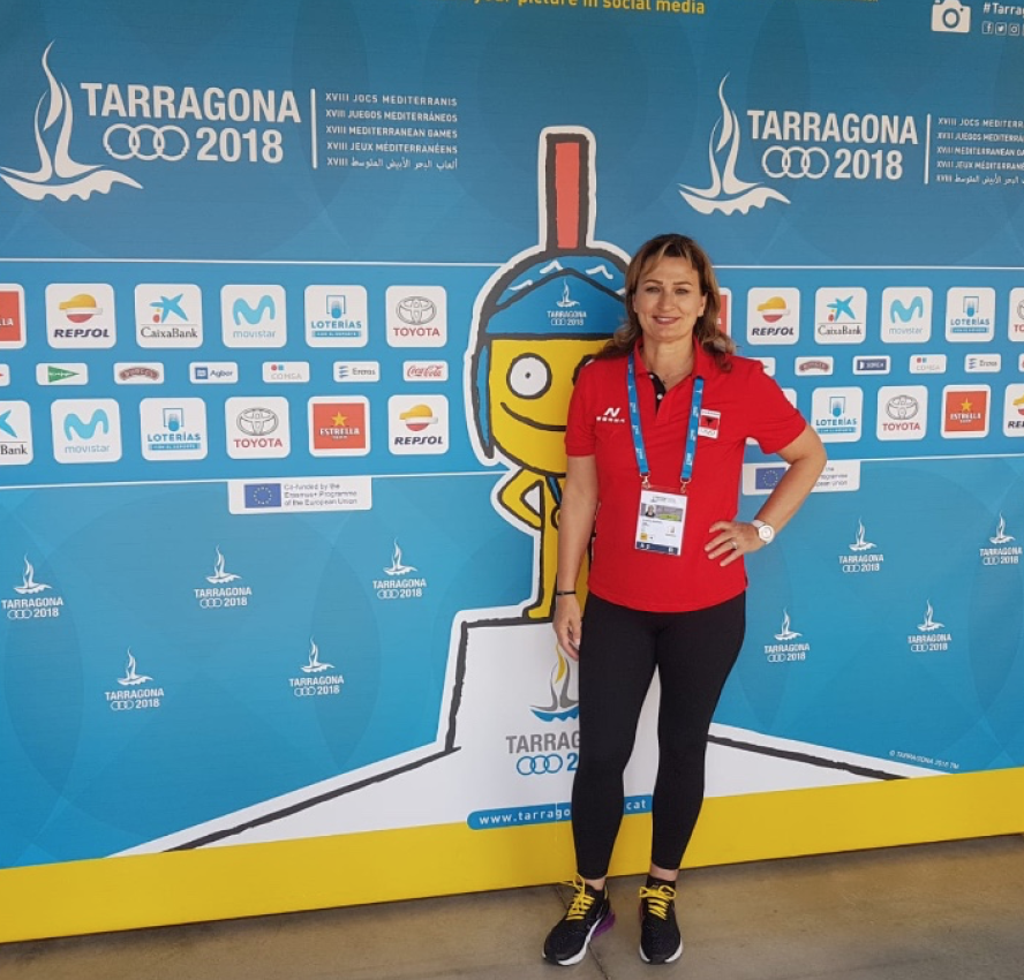 Kristina started playing volleyball in 3rd grade for her school and participated in the elementary school league. Her sisters also played in the league and throughout high school.

In Junior High School school her middle school team was undefeated for four years and she was named best player (MVP) of the league and was also recognized as an upcoming talent. The success of her school was unprecedented and it was the longest streak in school history. All this success gave her the opportunity to train with the youth professional team in her city, which was a big honor.

Kristina attend Jordan Misja High School and Kristina’s team continued to thrive and was again undefeated Champions four years in a row. Being a successful player, but more importantly on such good teams really impacted Kristina and taught her how to be a great leader and winner. As the captain of each of these youth teams she developed unique qualities of leadership and her dynamic personality and passion and natural spirit for the game was infectious.

During this time Kristina developed amazing relationships with her teammates and many of these life long friendships continue to this day as part of her family. It was truly sports that gave her this understanding that the team is your foundation and you build from it together as a family.

As a junior in high school she was picked to play with the top professional team in  Shkoder, and made an immideate impact and quickly became a 6 rotation starter in position four (outside hitter).  In her first match that she entered, she came in late in the second set when the team was down 0-1 and losing further, and she began to serve. With her serve she arrived on this stage with a strength that the team needed. She scored 9 or 10 serves in a row, scoring points with aces and also playing defense. She sparked the team to a 5 set victory with her continued execution throughout the match as a hitter, server and defender. More than anything it was keeping the spirit of the game that made the difference and it is her will to never give up that influenced the team in such a powerful way.

The summer before she entered ILKF University, she was asked to join the Albanian Junior National Team and spent the summer training and competing with them throughout Albania.

After high school she was recruited to play for Studenti Club Volleyball for ILKF University. Kristina was a key player for ILKF throughout her career and she was a dominant outside hitter in the league. ILKF, as the top volleyball college, competed in the professional league, Seria A, and in her final season she was named MVP for the volleyball team.

After college, she moved back to her city, and she continued to play for 2 years with the professional team Vllaznia-Shkoder in Seria A. Kristina started as a 6 rotation outside hitter and enjoyed bringing the college experience to her team and representing her city at the highest level.

Her success in Albania and her talent led her to a new professional volleyball opportunity in Italy. In her first season she joined Rosetto de Abruzzi Club and continued to excel and be a starting outside hitter. More than anything she enjoyed playing and bringing her knowledge and passion to the game and her team.  She played for three years for multiple clubs and then the Marina family moved to the United States. 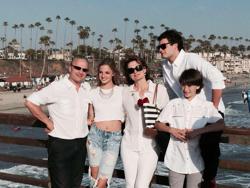 Angelo played soccer throughout his youth and continued to play while in college for the University of San Diego.

Cindy played multiple sports including ice skating, until she decided at 9 years old to really be a volleyball player. Like her mom, Cindy was an exceptional player and leader from the beginning and was the spark of her teams. Cindy had a successful high school career, leading Great Oak High School to 4 League Championship and 3 CIF semis. As a junior she led Forza1’s 17-1s to a 13th place at USA Nationals in the Open Division.

As a senior she was invited to join the Albanian National Team (the youngest player ever at 17 years) and helped them to unprecedented victories against Poland and Belarus. Currently, Cindy is the  setter at USC. She was named  named First Team All ACC in the 2016 season at Duke University prior to transferring to USC.

Brandon is continuing the family passion for sports and is a setter and hitter on the 18UA Boys Team at Forza1. 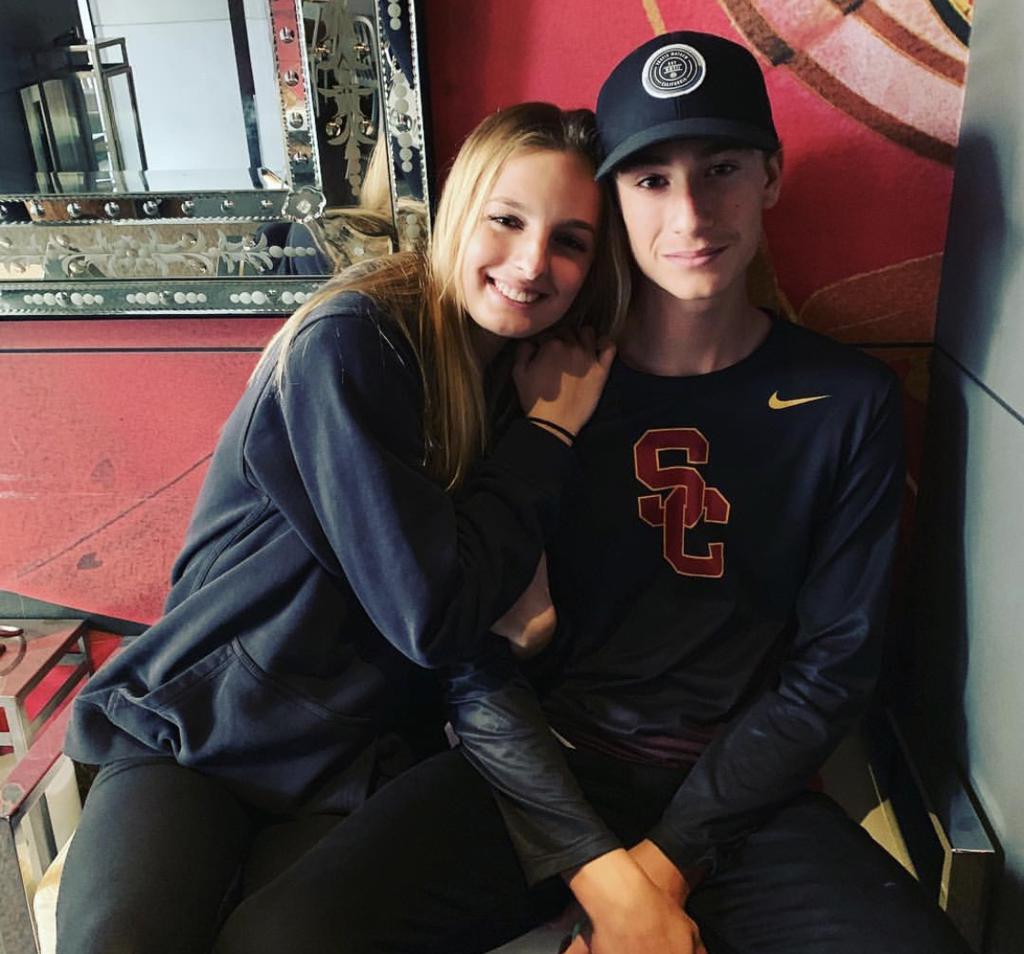