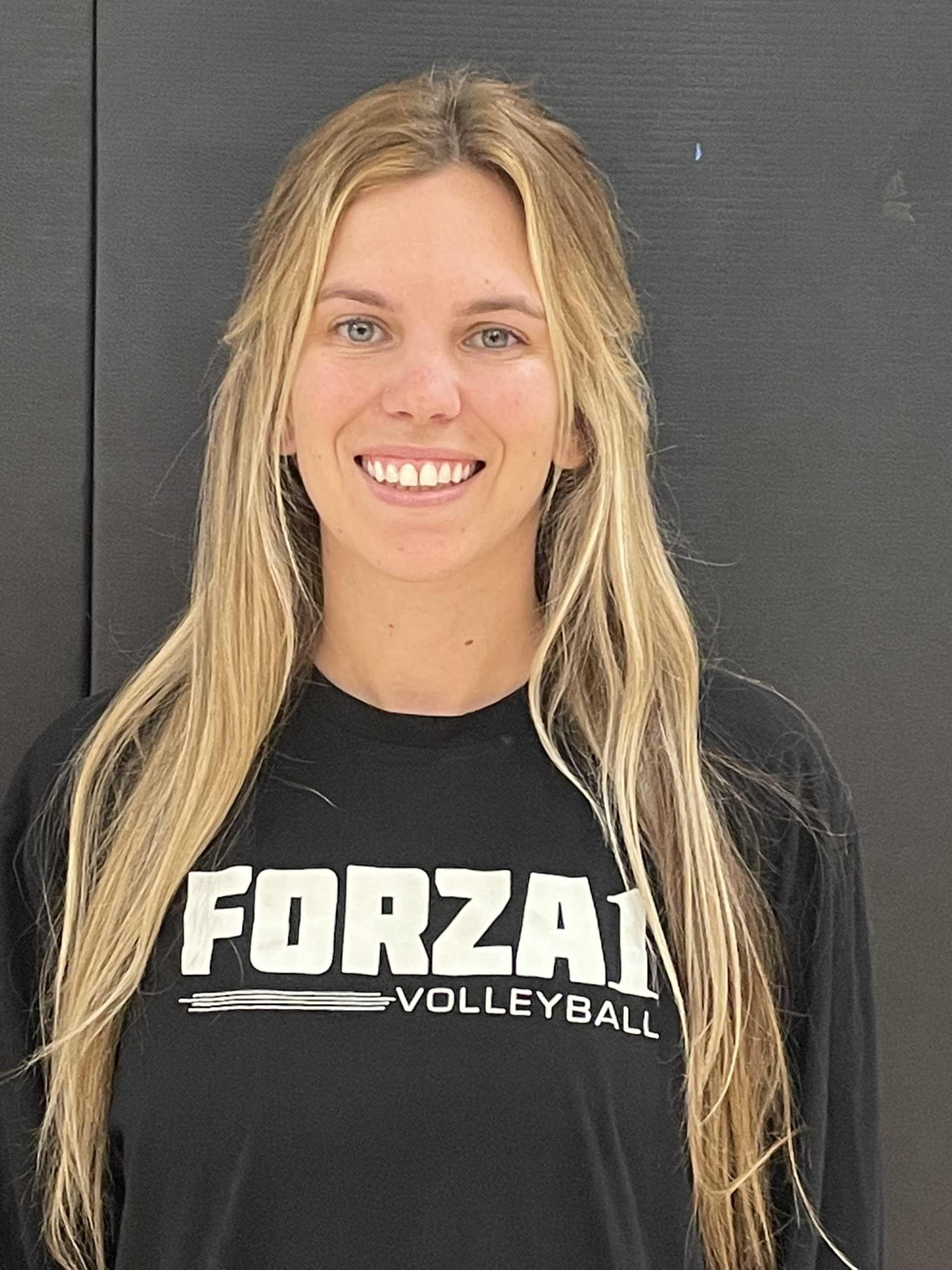 Courtney has played club travel since age 12. She has been coaching club with Forza1 since 2016. She coached youth volleyball at several area clubs and medalled at the Anaheim Soirée with her 15 National team in 2017 and coached the 17 Elite team in 2018/2019. She also coached 17 Elite Red in 2019/2020.  In 2015 she began coaching for the Forza For All Middle School League and joined Forza1’s club coaching staff in 2016.

Courtney was on a CIF championship as a freshman at Calvary Murrieta High School. She played at Murrieta Valley High School 3 years where they made the CIF quarterfinals her senior year. She made first team all league, first team all valley.

Courtney went to college in Kentucky on a volleyball scholarship to Lindsey Wilson.  The team made NAIA national championship tournament.  Freshman year she won Freshman of the year Mid-South conference, first team all league and AVCA freshman of the year Southeast Region. Courtney majored in communications and recently finished licensing for phlebotomy and is continuing education in medical/nursing field.