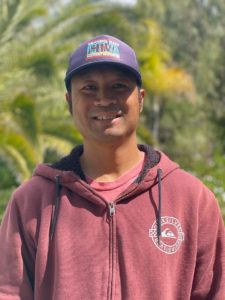 Mike Linderman has been Coaching and Competing for over 20 years. His love for the sport started early on in his life playing indoors, but later in his career he gradually shifted to the sand court. It’s there that he fell in love with being outside and competing in a different environment. Mike started his volleyball career playing indoors at high school, college, as well as competed in USAV events. It is there that he also started coaching and got his USAV indoor CAP certification while coaching USAV indoors teams and Highline College in Seattle Washington. Mike also has coached at South End Juniors Volleyball Club in Seattle and has a lot of experience at the young level as well at the college and professional level. Mike has and still competes in the Alki Volleyball Association, and California Beach Volleyball Association in the open Division in Seattle and California for almost a decade with wins throughout his career.